Summary Of Article By Dr. Golden: “We may conclude from the parts of my data which were statistically significant (P?95%), that homeoprophylaxis is associated with an improvement in general health, compared to other immunization methods (as well as no immunization at all), and that this figure is significantly better when compared to vaccinated children. Therefore we may conclude that the evidence suggests that the use of an appropriate long-term program does not lessen the health of children, and evidence suggests that it may in fact assist the maturation of the immune system by gently challenging the system in the first 5-6 years of life.” 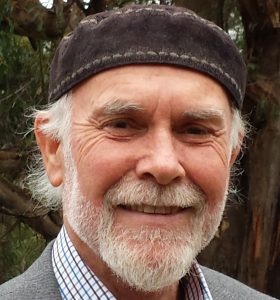 Download the PDF of “Homeoprophylaxis – A Proven Alternative To Vaccination” by Dr. Isaac Golden

Reprinted with permission of the author. This article first appeared in Nourished Magazine, December 2008.

I prepared my first formal program of homeopathic remedies to prevent infectious diseases in 1986 (1). In the following 20+ years, tens of thousands of Australian children have been immunized homeopathically – a method called homeoprophylaxis (HP) – using programs from myself as well as other practitioners across the country. The method itself is over 200 years old, and has considerable clinical and research experience to support its claims.

In 2004, I integrated 18 years of data collection from parents of children using my program with 4 years of doctoral research at Swinburne University in Melbourne. The purpose of this article is to share with you the findings of this and other research into the effectiveness and safety of HP.

The use of HP was first described by Dr Samuel Hahnemann, the founder of homeopathy, in 1801 (2). He used the remedy Belladonna 30 to successfully treat patients with the disease Scarlet Fever, but fortuitously found that the remedy also helped to prevent the disease. He then used HP to prevent such diseases as Cholera and Typhoid. In the decades following, many leading homeopaths used HP to prevent a variety of infectious diseases, mainly in acute epidemic situations (3).

The largest trial of the short-term use of HP was against an outbreak of Meningococcal disease in Brazil. The researchers gave 65,826 children the homeopathic remedy Meningococcinum. Another 23,539 were not protected. The effectiveness of HP after 6 months was 95%, and after a 12 months follow-up was 91% (4).

Whilst many homeopaths also use HP for long-term prevention (mainly in Australia and the Indian subcontinent), there had been very little formal statistical research into the long-term use of HP prior to 1985. The data I have collected since that time provides a useful guide as to the effectiveness and safety of long-term HP. It confirms that the findings regarding epidemic use also extend to long-term use, with an average effectiveness of around 90%, and a very high level of safety. These findings are presented below.

As mentioned above, we have a considerable amount of clinical evidence showing that HP provides a high level of protection against targeted infectious diseases. This is supported by a small number of statistical trials which are summarized in Table 1 below. These show an average effectiveness of around 90%, which certainly is comparable to measures of vaccine effectiveness, which range from 70% to 99%, depending on the individual vaccine, and the type of trial used to measure efficacy (real-world experiences show lower rates than clinical trials) (5).

These figures confirm that no method of disease prevention is ever 100% effective.

No statistical study is ever perfect, and of course the reliability of my data is open to question. So as part of my Swinburne research, I applied seven statistical tests to validate the long-term data I have been collecting since 1985. These are described in detail elsewhere (6), and they did show a high level of reliability. For example, my single figure measure of long-term HP effectiveness was 90.4%, with 95% confidence limits of 87.6% – 93.2% (i.e. it can be stated with 95% confidence that the efficacy lies between 87.6% AND 93.2%), a very strong result.

Table 1: The Effectiveness of HP – Statistical Trials in Humans

* References for these studies may be found in Vaccination and Homeoprophylaxis – A Review of Risks and Alternatives, 6tth edition, (7).

So those in pharmaceutical medicine who state that there is no evidence supporting the effectiveness of HP are clearly wrong. It is not essential to rely only on randomized clinical trials (RCTs) to provide evidence, and in fact the findings of many RCTs are shown to be questionable over time (e.g. drugs such as Vioxx that were tested in RCTs, then later withdrawn from use because of side-effects not discovered or acknowledged during the RCTs).

Thus homeopaths can confidently say that HP provides a definite level of protection against targeted infectious diseases, which is not 100%, but which is comparable to that of vaccines.

Homeopathic medicines are usually prepared using a series of dilutions and succussions (firm striking of the container holding the liquid remedy against a firm surface). The remedies are called “potencies” because at each stage they become energetically stronger. After the 12C potency, no molecules of the original substance remain, yet the remedy is energetically stronger. Pharmaceutical advocates cannot understand this, because their paradigm forces them to believe that as the number of molecules of a substance decreases in a medicine, the medicine becomes weaker. This is true if the kinetic energy of the succussion is not correctly applied, and a simple dilution only is prepared. But we are making much more than a simple dilution.

Doctors agree that homeopathic potencies cannot be toxic, and so physical safety is not an issue. However, some homeopaths have expressed concerns over the years as to whether the long-term use of the remedies in my HP program is energetically safe. Many people who are not bound to the pharmaceutical paradigm understand that energy can produce real and tangible effects, and if misused can cause problems. One important part of my research at Swinburne was to check the long-term safety of HP.

This was done by examining 5 markers of overall well being in children aged between 4 and 12 years of age – asthma, eczema, ear/hearing problems, allergies and behavioral problems. These were compared to a range of early childhood markers, including breastfeeding status, birth weight, APGAR scores, as well as to 4 possible immunization methods – vaccination, HP, general/constitutional prevention, and no prevention at all. That gave 20 (5 x 4) possible combinations of health conditions and immunization methods. The data was processed using Odds Ratios and Chi Squared Probability tests.

Once again, the full results are reported in detail elsewhere (8), but the main findings are as follows:

We may conclude from the parts of my data which were statistically significant (P?95%), that HP is associated with an improvement in general health, compared to other immunization methods (as well as no immunization at all), and that this figure is significantly better when compared to vaccinated children. Therefore we may conclude that the evidence suggests that the use of an appropriate long-term HP program does not lessen the health of children, and evidence suggests that it may in fact assist the maturation of the immune system by gently challenging the system in the first 5-6 years of life.

What began as a limited study 20 years ago has grown, for me, into an ongoing attempt to make parents, as well as health professionals, aware of the wonderful opportunity that homeoprophylaxis offers to provide protection against target infectious diseases, without risking the long-term health of their children. It may be safely used by adults.

Not every infectious disease is a dire threat to a healthy infant. I personally don’t believe that immunization against every infectious disease is essential. But I do believe that the right to choose which diseases should be prevented should belong to the parents of each child. We can confidently say to parents that they can provide a high (but not complete) level of protection against targeted diseases, without risk, by using an appropriate HP program.

We can also say to those within the pharmaceutical industry who disparage HP as being untested and uncertain – take the time to study the facts available. Criticism without facts is the anthesis of the true scientific method, yet it is the response we continually get from pharmaceutical medicine when it comes to HP.

I concluded my doctoral thesis by saying that “a national immunization system, where both vaccination and HP were available to parents, would increase the national coverage against targeted infectious diseases, and reduce the incidence of some chronic health conditions, especially asthma” (9). The data is unambiguous, and it is time that those who run the health services of this country get serious about long-term health, and fully support the use of the best of what natural medicine in general, and homeopathic medicine in particular, has to offer.

Vaccines offer a level of protection against targeted infectious diseases, but involve a long-term risk that has never been adequately measured. Evidence shows that vaccination is a factor in the increase in asthma (and other chronic diseases) shown earlier. We can achieve a comparable level of protection, without this risk, by using an appropriate long-term HP program. It’s time that those parents who search for facts to inform themselves before vaccinating are encouraged, and not attacked by agents of the pharmaceutical industry. It’s time that parents are supported in their choice of immunization method, for the benefit of their own children and of the entire community.

9 Golden I. The Potential Value of Homœoprophylaxis in the Prevention of Infectious Diseases, and the Maintenance of General Health in Recipients. 2005. Swinburne University Press, Melbourne.

Dr Isaac Golden has been in homoeopathic practice since 1984. He has written 8 books on homoeopathic topics and currently consults in Gisborne, Victoria. Since 1990, he has been Principal of the A.C.H.H., a correspondence college teaching homoeopathy and has recently been appointed as Adjunct Professor of Homoeopathy at the Australian College of Natural Medicine. He is a world authority on the use of homoeoprophylaxis, and has completed the world’s largest long term trial of the method. He was awarded a PhD from Swinburne University in 2004 as a result of the research on HP he has undertaken over the last 20 years. Click here for further information about Dr Golden and his publications.

Do We Need To Protect Against Infectious Diseases, And If We Do, How Can We Maximise Protection With Limited Long-Term Risks?  (Isaac Golden)

The Prevention of Epidemic Diseases By Homeopathy – Part 1, The Origin of Homeoprophylaxis (Simillimum)