Learn more about the clinical research and the effective use of this method worldwide for the past 200 years.  Homeoprophylaxis also known as “HP”, has long term clinical and historical use that continues to demonstrate how well it performs and on millions of people. The most current clinical research for 2019 was done on 250 million people and demonstrated that homeoprophylaxis was 90% effective. 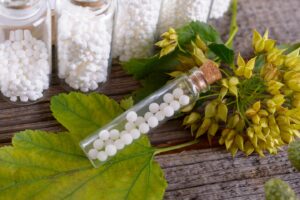 Homeopathy has been effective in many past epidemics. The 1918 flu epidemic resulted in the deaths in the many millions. The mortality rate of people treated by conventional medicine was as high as 30 percent, those treated by homeopathic physicians had a mortality rate of 1.05 percent. Of the fifteen hundred cases reported at the Homeopathic Medical Society of the District of Columbia, USA, there were only 15 deaths. Recoveries in the National Homeopathic Hospital, again in the USA, were 100%. In Ohio, of 1,000 cases of influenza, Dr. T. A. McCann, MD, Dayton, Ohio reported no deaths.  Total statistics from the homeopathic records of the time tell us that the success rate with homeopathy was around 98%.

Use of Homeoprophylaxis:  Clinical Research Data on Effectiveness

Data from the Professional Course  taught by Dr. Isaac Golden, 2014.  References for these studies may be found in Vaccination and Homeoprophylaxis – A Review of Risks and Alternatives, 6th edition.

Highlights Of Modern Use By Governments  In Other Countries

Historical Use of Homeoprophylaxis and Clinical Research Since Hahnemann’s Time